Today we will take a little break from welding to talk deadlines. We all have deadlines to meet, regardless of the career we each happen to be in. That is such a common fact that I nearly bored myself to tears just writing that last sentence. *sniff*

But…you should definitely keep reading, because deadlines are not nearly as boring as they just sounded. They in fact are adrenaline-laced objects of either doom or delight depending on if you are a procrastinator or a go-getter.

There are exactly two types of people in the world: those who gladly meet deadlines head on – unabashed and unafraid because they are in fact, prepared for the thing in advance. And then there is the remaining 98.2% of the population – you know, those of us who avoid deadlines with the tenacity and determination most would find in an athlete training for the Olympics.

I myself just recently missed a very important deadline. It’s a little embarrassing actually, but I delayed getting my driver’s license renewed until I missed the expiration date entirely. I kept putting it off – I waited until Friday and it expired on Saturday. Great plan. Friday, just a bit before 3pm (they closed at 4:30pm, so plenty of time, right?!) I walk up to the DMV building and there taped to the door was a huge poster saying it was closed for renovations!! Hmmm…this would explain why there were fewer cars in the parking lot than normal. The poster then listed three towns which had DMV offices that were open that week. Awesome. But these towns were all a good hour to an hour and half away and two were not open on Fridays…this was not looking promising…

I called the state office. They couldn’t help me without a recent eye exam, which I hadn’t had within the necessary time period. The durned procrastinatory element! The call ended with the helpful lady on the phone saying “Well, you really shouldn’t have waited so long!” Yes, ma’am, thank you for that tip. 😉

Suffice it to say, I learned my lesson and got myself (with someone else driving, natch) to the DMV as soon as I could the next week and got the thing renewed. It cost extra because it had expired over the weekend, so missing a deadline is also more expensive. *sniff sniff * Bye moolah. Nice knowing you.

By scientifically observing the effects of a missed deadline on myself, I have concluded that procrastination ages you in the following ratio: 1 week of procrastination = 1 year aged. Pretty sure there are at least two lines under my eyes now that weren’t there a week ago.

I have had a very colorful imagination since childhood, so I like to think of deadlines as things…you know, like tigers or lions, while their prey would be those of us who have to meet the deadline (symbolized of course by gazelle or deer or some other beautiful and graceful creature). We either pass or fail, escape or get eaten!

Whatever deadline it is you are facing, may the odds be ever in your favor. Perhaps it will help you meet that deadline with time to spare by imagining along with me… 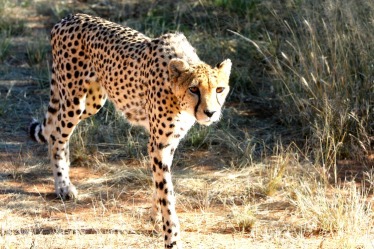 The deadline approaches stealthily – stalking (as it were) its unsuspecting prey.

The prey innocently grazes through its day, blissfully unaware of the looming deadline. The deadline crouches, balancing itself carefully and silently, so as not to alert the prey.

BAM! The deadline launches toward the prey with the same speed and efficiency of the great Tanzanian Cheetah…

One of the impala-like prey (enter co-worker’s name here, or your own if you are especially virtuous) manages to escape the steely claws of the deadline as it sails through the air. He gives chase, but the creature had a head start and is too fast for him. “Dadnab it!” thought the deadline, “there goes lunch!”.

Now warned of their close proximity to the deadly deadline, the other prey sprint toward safety. The deadline fades into the nearby thicket. He is only momentarily at a loss. He will watch for the perfect opportunity to strike again; this time, with more precision. 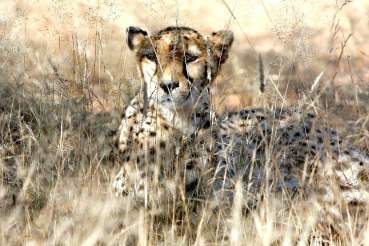 The hungry deadline now rests in the shade of the thicket. He is conserving his strength for dinnertime. The sun is a notch or two past the midpoint of the day. The prey are dozing in the shade of the trees at the opposite edge of the grassy clearing, having almost forgotten the close call earlier in the day. All seems quiet and peaceful. Their bellies are full from munching on grass…the deadline’s belly is achingly empty. It serves to sharpen his senses – he is ever-watchful of his opportunity to catch the prey unawares. He bides his time until the perfect moment…

The leaves of the trees dance in the afternoon breeze. Two impala-like prey, who have been peacefully grazing at the edge of the clearing, lift their heads to watch and listen. Their keen ears have picked up the faintest sound…but it could just be the wind rustling the grass. They flick their ears and listen and watch a bit more – nothing. They have yet to detect the deadline, who is downwind and concealed by the tall grass. 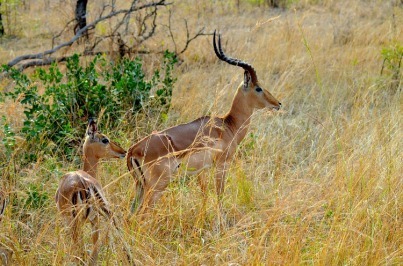 The deadline is calculating and quiet. He must wait for the perfect moment to strike, or these will escape just as the others did.

15 minutes have passed – the deadline has inched much closer. He is almost crawling on his belly so as not to be seen. The wind has picked up and is definitely in his favor. The prey have moved a foot or two in the opposite direction, but they are still eating.

The deadline poises himself carefully, his legs like loaded springs. The grass waves just in front of his nose, but he can’t see it. His tunnel vision allows room for only the prey grazing just a few feet away. They look up from time to time – any slight sound and they will dart for safety – timing is everything. He breathes in, holds his breath for a second, then explodes out of the grass.

The next few moments are a tumultuous blur of fur, horns and dust.

A few hours later, the setting sun is casting a golden hue over the landscape. From a distance, the silhouette of the deadline can be seen sitting atop a rock like he is king of the world. He watches contentedly as the large orange sun slips below the horizon. Today he has upheld his formidable title – he has won. 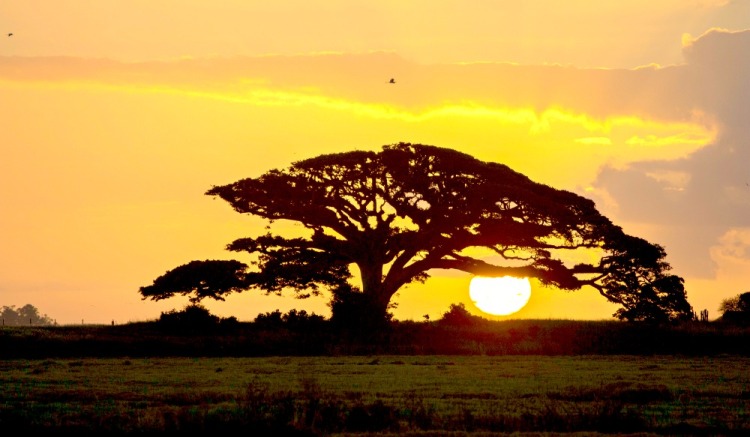