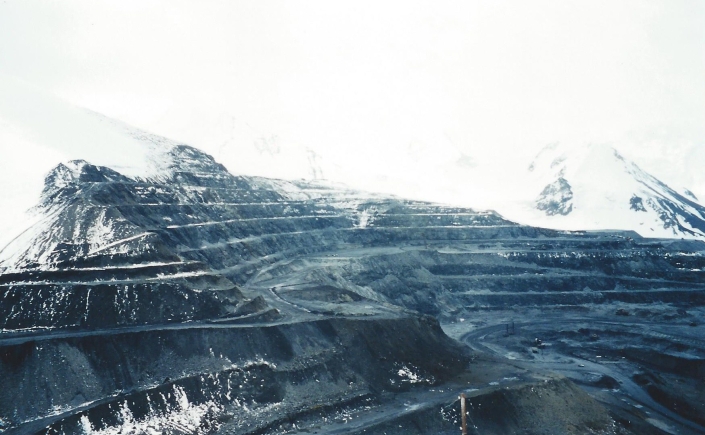 Let me tell you the story of a colossal project we undertook back in 2000… It does eventually end up in a faraway country, involving adventurous bus rides, but first things first.

A company that we had done maintenance work for over the previous few years approached us about a rather unusual project. It involved one of their operating emulsion plants here in Wyoming. Now, at this point we had done work for plants of various types for many years, so this wasn’t the unusual part. 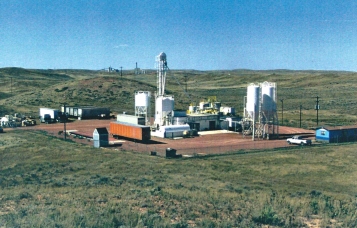 The unusual part was that they wanted us to dismantle the plant and ship it to a mine in Kyrgyzstan!

Yes, Kyrgyzstan. Might be worth a Google (as a well-known Lego character once said).

Mind you, we had helped another company ship products to places like India, Siberia and China, but never had we done the whole project ourselves. And shipping a plant to a foreign destination is no small task. It wasn’t a huge plant, but it wasn’t a teensy plant either. It would involve carefully dismantling each piece, sandblasting and painting any iron (including skid frames), installing & welding new stainless pipe and fittings, and scrubbing and cleaning any electrical components and some of the production fittings. This was a HUGE project for our little company! But we are happily descended from a long line of detail-oriented perfectionists, so this was right up our alley.

We started the project around March of 2000 and had everything shipped off by August. All three of Gary’s daughters worked on the project at various points, although at that time, Shawna was the only daughter that was full-time with Gary’s Welding Inc. She remembers everyone putting in some pretty long hours that summer, and one week during that project she worked 88 hours!

Once each piece of the plant was carefully disassembled, it was re-assembled in such a way as to be installed into 4 shipping containers. Also in such a way that once it all reached its destination, all the folks in Kyrgyzstan would have to do would be to unload it, hook it up and press go. 4 shipping containers really isn’t much space for an entire plant to fit into, but we made good use of the space. Think of packing your car for a long vacation – it’s sort of like a jigsaw puzzle! 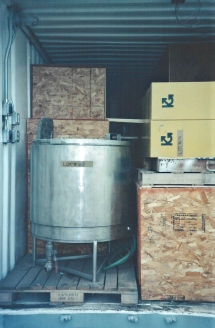 The packing is underway

Here in most American towns, if we need a part or tool for a job, we just go down to the local hardware store or contractor’s store and purchase what we need and get on with the job. Not so in Kyrgyzstan. Just getting to the plant site would prove to be an adventure for the lucky soul who had to oversee the set up. Kyrgyzstan is a very mountainous country (think Himalayas!). Anyways, the plant site sat at 14,400 feet above sea level, and just getting there would be a bit of an undertaking. No quick jaunts down to the hardware store! So, along with the plant and its various parts, we sent things like extra iron, a welder, a plasma cutter, hundreds of pounds of rod, spare parts, oxygen and acetylene bottles, rope, chain falls and come-a-longs. 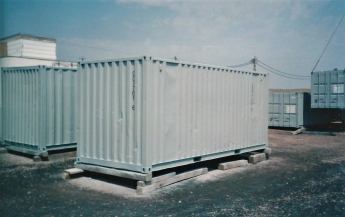 Each piece had to be cataloged and inventoried and a placement map made for customs. We built boxes and added lumber supports inside the containers so that pieces wouldn’t move around while being shipped. Talk about a   painstaking process, but we actually enjoyed it. It was a sort of novelty to us, knowing that people in a mysterious country on the other side of the world would be opening these same containers and setting up the plant we had packed for them. Kinda like giant Christmas gifts…that were puzzles. Plant puzzles.

Once the containers were loaded and shipped off, we needed to make sure that the old plant site was cleaned up, which involved grading the dirt around the old plant buildings, cleaning and making it ship-shape. The old buildings were nothing but empty shells now and the landowner was free to use the site as he wished. Cleaning up the site after everything was gone was sort of sad in the same way that you hear movie stars and directors talking about how sad it was to do all that work acting and filming, only to get to the end of this colossal undertaking and realize it was finished. It’s a combination of relief and loss all rolled into one.

Not long after that, we heard from Carl, the plant foreman who had gone to Kyrgyzstan to oversee the set-up of the plant. He sent us pictures of the new plant and told us about some of his adventures in this interesting country.  Fortunately, he wasn’t alone in a country he had never been to. An engineer from the company joined him.  He said that as he got off the plane at the airport in Bishkek, soldiers with sub-machine guns stood 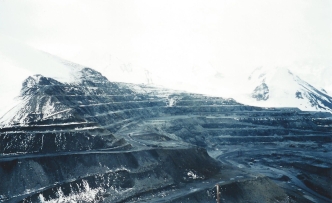 around watching his every move. He later found out that a man had been stabbed to death in that very airport just the day before! Locals would grab his luggage and stand literally nose to nose with him, bartering to take his luggage to the hotel as a sort of unofficial taxi service.

Just to get to the plant site was a small journey of epic proportions. As noted earlier, the plant site was at 14,400 feet elevation and was quite remote. They got on a bus and away they went. Scratch that, “away they went” sounds like they were driving on a clear freeway at 85 MPH. In reality it was 8-10 hours of a road filled with potholes and other obstacles. Carl told us that he thought he bruised his tailbone during that leg of the journey and was STILL sore a month later. The driver drove as fast as he possibly could, given the conditions of the road. Every half-hour to 45 minutes, the bus driver would slam on the brakes, pulling up in front of a yurt. Both he and the other passengers would jump off the bus, grab a mug of fermented mare’s milk (whilst flies buzzed about it) from a woman standing next to the yurt, gulp it down, then everyone would pile back on the bus and again the driver would drive like mad til the next yurt. 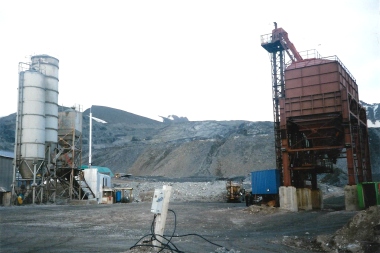 Once they reached the end of the first leg of the journey, Carl and the engineer got off the bus and transferred to a 6×6 Unimog for the 2nd leg of the trip to the plant site. Which was another 8-10 hours…and no padded seats…

Our question to Carl once he got back to the States was, “So, do you ever want to go back?” His response “Not a chance.” We could envision him kissing that sweet Ohio earth a few times, just to drive the point home. And possibly using a pillow to sit on for a 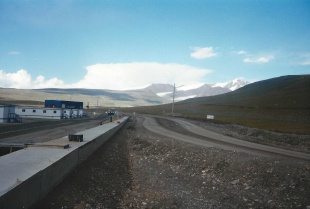 A view of the mountains from the man camp

But for us back in little ‘ol Wyoming? We were just stoked to be able to add this to our resume. It was truly an adventure that we were honored and privileged to be a part of.

Gary’s Welding Inc. was started in Gillette, Wyoming in 1989. Since then, we have provided quality service all over Wyoming and nearby states, including South Dakota, Montana, Colorado & Nevada.